Four organisations and one individual have been acknowledged for their contribution to the worldwide open data movement in the very first Open Data Awards, held at the Open Data Institute’s Annual Summit and Gala Dinner.

The awards were presented by the ODI’s founders, Sir Tim Berners Lee and Sir Nigel Shadbolt in a ceremony attended by leaders from the business, data and technology worlds. Nominations for the awards were open to everyone and judged by a team of six including panellists from the USA and Pakistan.

Chair of the judging panel, the ODI’s Head of Content and Learning, Kathryn Corrick said: “We received hundreds of entries for this year’s open data awards, who, excitingly, came from all over the world. All of them are pioneers.

This year’s winners demonstrate, in particular, the power of open data to make a difference – be it social, environmental or economic. I am so delighted to be celebrating their work and the contribution so many people are making in using and publishing open data to make a local and global impact”.

GaugeMap was praised by one judge as “a great tool to keep people informed and protected from flooding”.

Shoothill was the first firm in the UK to work to develop software based on the live flood data from the Environment Agency, which was initially released by them as the FloodAlerts map system on Facebook. However it is now used by the Environment Agency itself, the BBC, MSN, Channel 4, The AA, Sky, and many others in the media and elsewhere, and has made possible the development of GaugeMap.

Rod Plummer, Managing Director of Shoothill, said: “This award is a massive vindication of the company, our vision and the new live river level map system we have just launched called GaugeMap. It will also help promote our live flood warning application called FloodAlerts, both of which are free to use, contain no advertising and are aimed at reducing the risks/costs of flooding”. 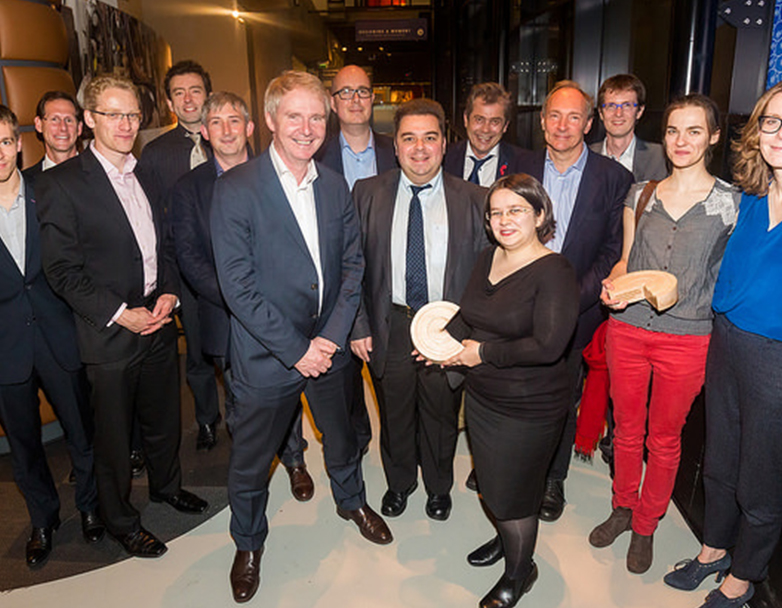