Currently global pioneers in developing Deep Zoom technology, Shoothill have built a Silverlight mosaic featuring a still image from the movie – but instead of being composed of thousands of other cell images, the Source Code mosaic is created from one million Microsoft Tags.

Each of the million Tags are ‘active’ and contain special prizes, including the chance to win $5,000, Xbox 360 consoles with Kinect and limited-edition Deep Zoom prints.

Users simply download the Tag Reader for their Smartphone and use their phone to scan the Tags within the mosaic to register. When a user scans a winning Tag, they will immediately be entered into a drawing to win one of the many prizes.

The master image will rotate weekly using six different stills from the movie, and users are ‘auto-zoomed’ straight into the image to reveal the Tags. The mosaic is contained within an iFrame on the Facebook Tag and Win page, and is hosted on Microsoft Azure cloud servers.

“This project has broken new ground in a variety of ways,” explains Rod Plummer, Managing Director of Shoothill.

“It’s the first time a competition using Microsoft Tag combined with Silverlight Deep Zoom within a Mosaic has ever appeared on Facebook,  and crucially the entire project is deployed on the MS Azure (Cloud) platform.

“We are thrilled to have been able to integrate these four awesome technologies into one online experience, which has the potential to transform promotions and competitions and make them much more exciting and interactive for end users”.

“Tag technology offers a rich, interactive mobile experience that can be used in an endless number of ways,” said Bill McQuain, director of Tag product management at Microsoft Corp.

“We’re excited that Shoothill used Tag as an integral part of their new contest to reach fans of the film ‘Source Code’”.

Source Code, starring Jake Gyllenhaal and directed by Duncan Jones, will launch in theatres on 1st April and follows the story of a decorated soldier who wakes up in the body of an unknown man to discover he’s part of a mission to find the bomber of a Chicago commuter train. 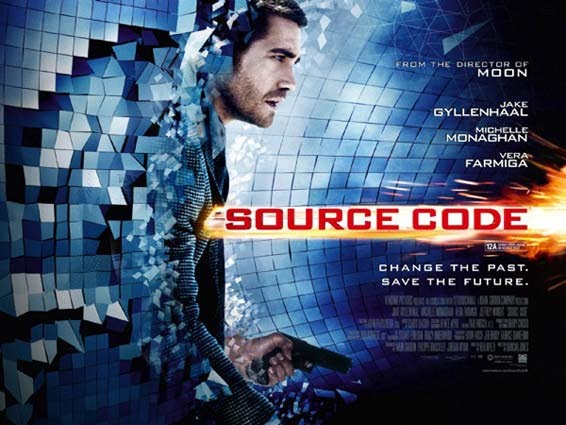