One small step for man, one giant leap for mankind, and one trillion pixels

At 10:56pm ET on the 20th July 1969, American astronaut Neil Armstrong took his first steps on the moon and declared “that’s one small step for man, one giant leap for mankind”.

Tomorrow marks 50 years since Neil Armstrong uttered those famous words. Tomorrow also marks 10 years since Shoothill’s first Deep Moon project, also based on the moon landings for its 40th anniversary. Celebrating the occasion, Shoothill are releasing another Deep Zoom project but 100,000 times larger than the previous one, with this one containing 8,000 unique and relevant images. Have we just managed to create the largest ever image? If the image were to be printed out on A4 paper with a conventional printer, it would require around 2 million pieces of paper. See the new mosaic here.

The Daily Mail calls it a “stunning mosaic made from 8,000 images of the iconic landing”. Rod Plummer, Managing Director here at Shoothill told MailOnline: “I remember the moon landings from when I was a boy, and have seen the Saturn V rocket that took man to the moon and to me, it’s still one of the greatest feats ever undertaken by mankind. To try and honour all those that took part in the Apollo program, we wanted to create something fitting with the massive scale of that effort”.

From all of us at Shoothill, we are immensely proud to have completed this project and we hope everyone admires the work as much as we do. 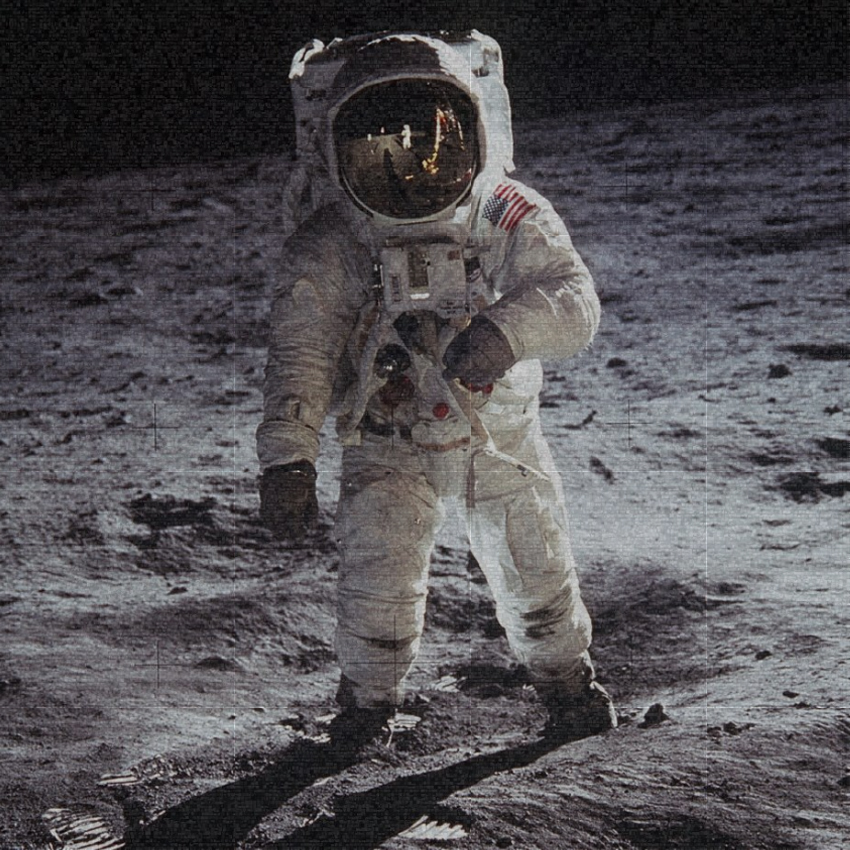