Article published by the BBC on Friday, 6th July 2012

A live flood warning system has gone online as the UK experiences unseasonable amounts of heavy rain. The system aims to allow people to track areas that are in danger of imminent flooding. The FloodAlerts map offers people real-time updates on areas at risk in England and Wales. The system, developed by Shrewsbury-based firm Shoothill, uses data from the Environment Agency’s nationwide network of monitoring stations.

Users can zoom in on any point of a map of England and Wales to see flood alert and flood warning statuses, as issued by the EA within the previous 15 minutes. Custom searches can also be carried out by postcode. Shoothill managing director Rod Plummer said: “We are expecting a crazy amount of rain today and in the coming days and the evidence of similar incidences in previous weeks tells us that floods are hitting places that haven’t seen such a thing for decades, sometimes with devastating and even tragic consequences. Lots of people have reason to be concerned, given the weather forecasts. Those alerts could be to monitor the area around their homes, or perhaps their routes to and from work or their children’s schools. The same is true for businesses, perhaps especially those who need to keep fleets of vehicles moving as conditions get tough or need to keep a close eye on critical infrastructure.”

An Environment Agency spokesperson said: “Being prepared is vital to help reduce the risk of flooding. With more than five million people living or working in areas at risk from flooding across England and Wales, we are urging communities to use the new application, alongside our existing Floodline Hotline and website updates, to keep one step ahead of future floods.”

The system was originally launched on Facebook in April, and has had nearly 2,000 likes. Some 40% who visit the site have gone on to register, according to the Environment Agency.

The standalone web map clocked up 100,000 hits in its first four hours. 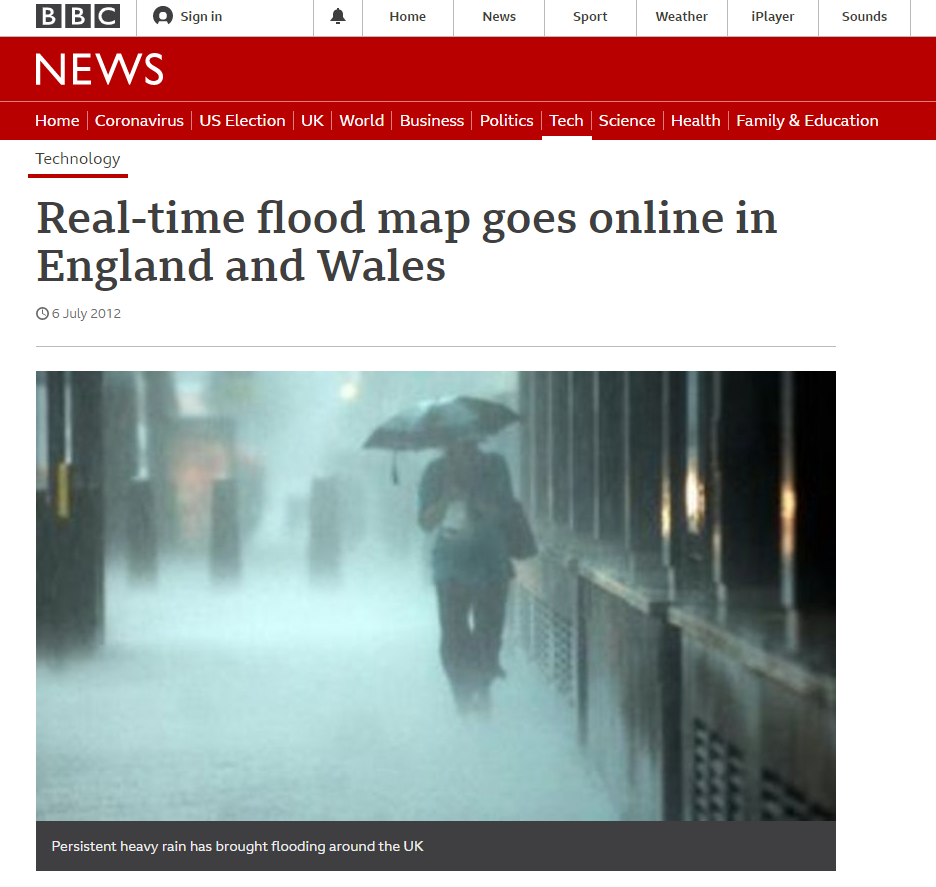