Shoothill received the coveted Entrepreneurial Spirit Award following the creation and launch of PPE Exchange, Shoothill free-to use website that allowed buyers and sellers of PPE to find each other during the Covid-19 pandemic.

“Across the country in the early days of the lock-down, supplies of PPE were getting scarce and at times non-existent, and we heard of care homes who had to resort to improvised masks and aprons made from bin bags so something had to be done, and fast, and that is why we created PPE Exchange in less than seven days” Said Rod Plummer MD of Shoothill “We are delighted to win this award and this is vindication of all the hard work we put for free in order to create it”

The live streaming event was hosted by Carl Jones from a specially constructed TV studio in Shrewsbury to salute and celebrate the Shropshire business spirit during these challenging times, while also raising funds for local charities.

Simon Jeavons, Chief Operating Officer at Shoothill commented “We’re incredibly proud to have won this award because not only does it come after such a trying year for us all, it also helps spread the word about what is unique about Shoothill, namely, our ability to create almost any software to solve almost any problem and the PPE shortage was definitely going to be a huge problem unless someone stepped forward to solve it”.

As the event itself was held over the internet so many of the attendees made their own arrangements for alcoholic beverages and Shoothill was no exception, staging a lavish party in one of their private homes – “We certainly never expected to win any awards, much less have to make an acceptance speech”, continued Plummer “So unfortunately, I must confess that I was more than a little inebriated by the time my turn came to make a speech, but luckily I was not too incoherent and I remember burbling something along the lines that Shoothill was a drinking company with a software problem.”

This is not the first time Shrewsbury based Shoothill has won an award for its software as in 2013 it won the Guardian Innovation Awards for ‘FloodAlerts’ – the UK’s first live flood map and the World Open Data Awards the following year for  ‘Gaugemap” – the UKs first live river level website. 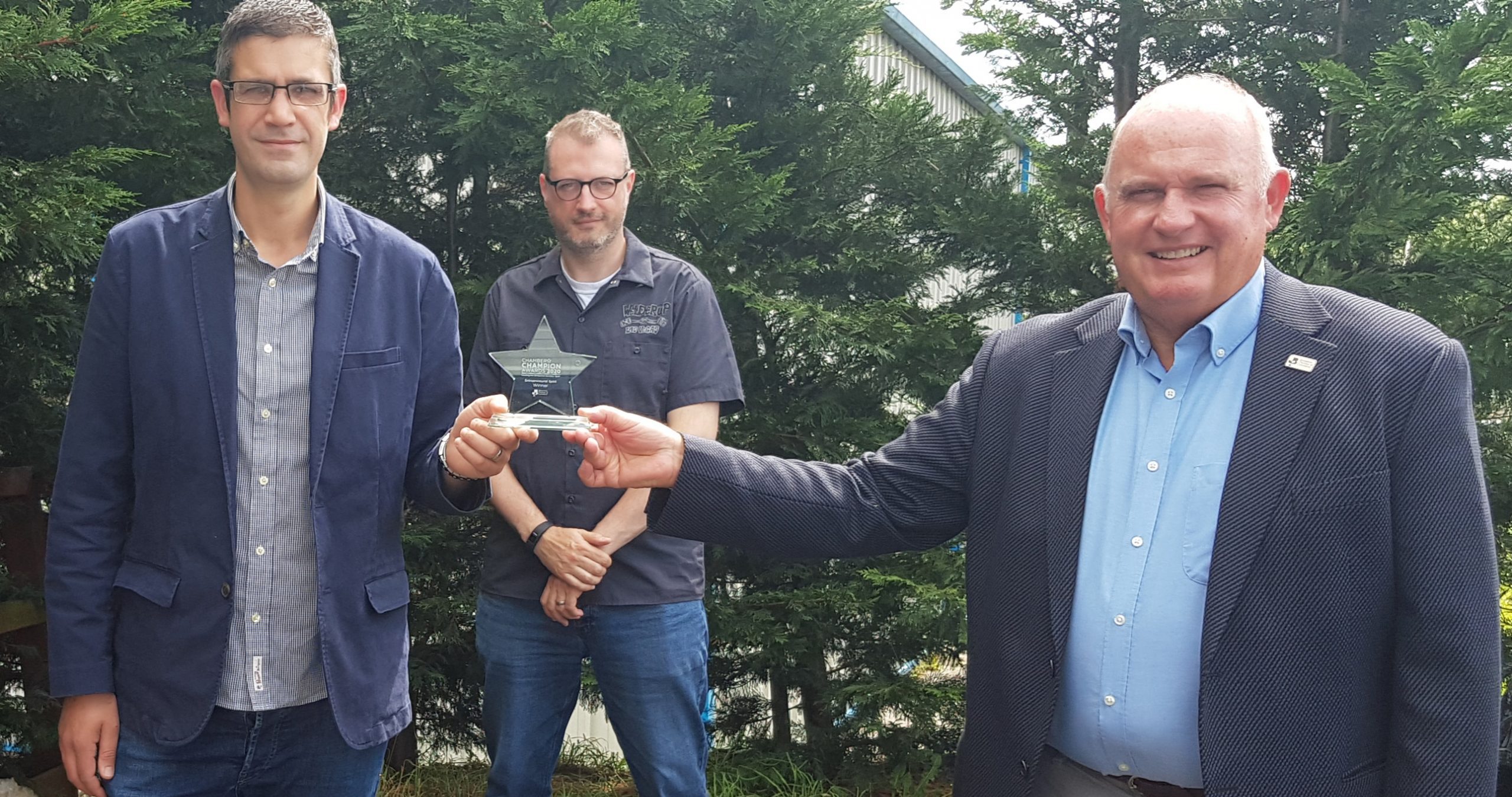